On 1st August, the birth anniversary of Late Annabhau Sathe, in Rajiv Gandhi Nagar, Pimple Gurav, we witnessed a very innovative program which saw community children coming together to raise awareness regarding the necessity of individual toilets and hygiene. As a new volunteer at Shelter Associates, I was thrilled at the prospect of working with these children. I had never worked with children from slum settlements before that day and the experience that I underwent will never be forgotten. A member of a small team of three, I was really excited to have gotten the opportunity to take a peek into these eager minds.

The workshop began with an awareness rally where kids promoted health, hygiene & cleanliness by holding placards and urging elder people to join them. Then a ‘Baal-Panchaayat’ was arranged where kids were engaged in conversation with the authorities in charge. PCMC Chief Engineer, Mr. Sanjay Kulkarni, Pimple Gurav Police Inspector, Mr. Shinde and Shabana Diler of Shelter Associates, aptly answered all the daring queries raised by the young minds. After the serious discussion, the kids enjoyed a drawing competition where they poured their fresh ideas onto paper with the right competitive spirit. Later we conducted an exercise where kids painted the plastered walls of newly built individual toilets by Shelter Associates with different murals. I felt like I had been thrown back into my childhood for those two hours. The program ended with everyone enjoying tasty snacks. I was overcome with a feeling of content.

There were a few moments that caught my attention during the busy day. During the Panchaayat a 7 year old young lady held the mic and urged everyone to not call her settlement, a zopadpatti (slum). We could see they had strong faith, that even through the difficulties, there is a way out with all of us working together. The drawing competition also was a clear reflection of their views about the entire issue. Finally, when the kids had a moment of self-evaluation after a busy day of having fun, we saw the determination to bring the desired change in their bright eyes. As grownups, it’s often difficult to explain something to adults, but the kids absorbed issues very quickly while teaching us a lot. Here is an essence of the discussions that kids had with the authorities…

Open defecation and the diseases spread by its improper treatment is a problem that causes discomfort on daily basis. This becomes a major crisis due to the lack of awareness about the topic. While the Government and Administration are trying their best to make the basic amenities available to all, some efforts at the individual or group level are essential. NGOs like Shelter Associates play a vital role in mobilizing people towards a better cause. Mr. Kulkarni insisted everyone on participating in Shelter’s “One Home One Toilet” scheme to see the community liberated from the years old malpractices and the evil cycle that follows.

The zeal and passion that the children showed on that day really moved me. Their little voices contained so much weight that it made me truly understand what our dear artiste Pablo Picasso always told us.. “Every child is an artist. The problem is to stay one while growing up..”

On the 19th January 2014 children from Indira Nagar Gharkul in Miraj attended a workshop focused on sanitation.  The children are from a slum which was relocated at the beginning of 2013 to allow the construction of houses that will accommodate them and other slum families in proximity of the site which are on land that cannot be redeveloped, according to the local land use plan, for residential purposes.  Their new houses are being constructed as part of Shelter Associates’ city-wide slum housing project in Sangli and Miraj.  36 children attended and put forward their own thoughts regarding sanitation.

Shelter Associates understand that community participation is an essential component of inclusive planning.  It has been observed by the NGO that without effective community involvement, support and understanding projects fail to achieve tangible long-lasting change and ultimately fail in their objective of slum rehabilitation.  This is why Shelter Associates invest a significant amount of time and energy into establishing and nurturing effective working relationships with all stakeholders of their projects, especially the slum dwellers who are after all the end users of the designs and occupiers and caretakers of the projects.  These relationships are the unseen element of Shelter Associates projects; they are the ‘software’ components which support the ‘hardware’ interventions, such as new housing, new individual toilets and solid waste collection schemes.  Workshops are integral to the software component of the project and have now been expanded in scope to include FGDs.

The FGDs are informal gatherings of small groups of people who are of the same gender and approximate age.  This format not only allows for issues specific to that demographic to be discussed but, due to the informal and intimate nature of the gathering, it also means that more sensitive topics can be discussed; questions, statements and admissions that would not normally be said in a large formal meeting with all members of the community are freely relayed and discussed sensitively and compassionately with Shelter Associates social workers.  These sessions provide insight into the behaviour of people who live without access to toilets and allows Shelter Associates to ascertain the communities current experience, awareness and understanding of the issues of open defecation including the associated issues of sexual harassment, menstrual health, nutrition, violent assault and gender insensitivity.

Volunteer Miles Phillips has made two new videos about our recent work, which are now available on the Shelter Associates’ YouTube channel.

These give a brief introduction to two of our current projects in Sangli:

Smokeless Cooking Stoves (Chullahs), developed by the Appropriate Rural Technology Institute (ARTI), have been provided free of charge by Shelter Associates to some of the poorest families.

Children’s Workshops to teach slum children about environmental responsibility, have been taking place since March 2010. Take a look at our previous posts for a more information. 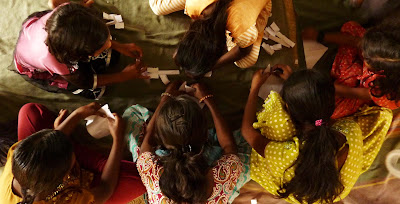 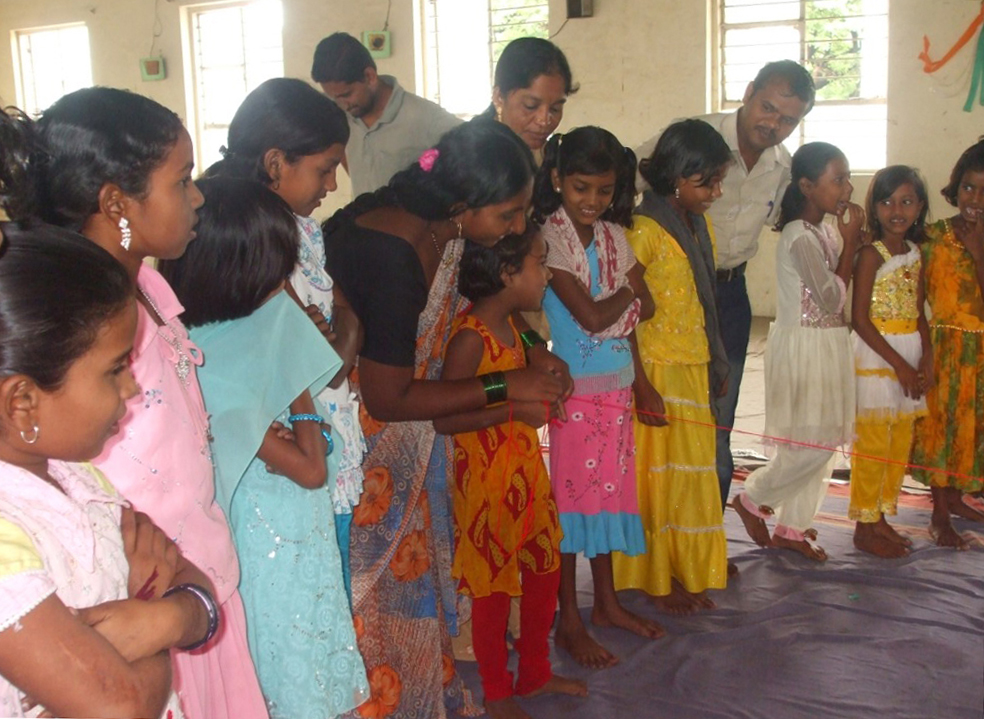 In collaboration with NiBo, Shelter Associates & nbsp conducted a two-day workshop for children on August 21st and August 22nd. The workshop covered 8 slums in the cities of Sangli, Miraj, Kupwad (all three of which form a municipal corporation). 80 children between the ages of 10 and 12 participated.

This workshop is the first in a series that is being planned for the slum kids of Sangli and the surrounding areas who are part of the IHSDP (Integrated Housing and Slum Development Programme) portion of the JNNURM (Jawaharlal Nehru National Urban Renewal Mission) program of the Government of India. There are 29 slums covering almost 3800 families that will be relocated as part of this project.

Shelter Associates believes that these children are the future caretakers of their new environment. Any efforts made at this tender and impressionable age to teach them about environmental issues will help in building a sense of responsibility towards the upkeep of their new homes and environment. The workshops aim to impart learning through fun and games in an informal atmosphere. The themes will tackle health and hygiene and other environmental related issues. Each group will be taken through 6 workshops over the next 5 months.